Emma Swan got a taste for pub life from an early age with her parents, Jim and Hilary, running the Travellers Rest in High Moor for ten years before taking over The Beehive in Harthill. You could say it was her right of passage as she took over the reigns from her late parents in 2013. She has a real passion for real ale which has landed her the prestigious pub of the year title five times from Rotherham CAMRA.

The Beehive has been welcoming drinkers since 1833. The original licensee was a lime burner and the pub is named after the Beehive shaped kilns used in this trade. In 2017 it was closed for refurbishment which has seen the removal of the three room layout to create a single drinking area served by a single bar and for the summer months they have created patios on both floors.

Emma has put the pub’s consistent popularity and success down to a combination of providing tasty ales which are well looked-after and providing a welcoming atmosphere. During the pubs short term closure for refurbishment, Emma worked for a brewery which has helped her build contacts within the industry and extended her knowledge of good brews to serve.

Amongst the regular ales on offer is the ever-popular Beehive Blonde, which is brewed specially by Welbeck Abbey Brewery. This 4.3% pale ale uses a blend of American and German hops to create orange blossom and fresh zest flavours with a subtle sweet finish.

Alongside quality ales The Beehive is also passionate about classic pub food. From burgers and steaks, to salads and pies – their aim is to keep the food tasty, yet simple. All of their delicious food is locally sourced from suppliers who care about great produce. Their head chef, Gareth Nutter, (originally from Lancashire) trained at Nelson and Colne College before travelling to London to work at the prestigious Claridges for seven years. Gareth has a philosophy of cooking superb, simple, seasonal food.

Emma knows the pub’s success is not only to do with top quality ales and tasty seasonal food, but her loyal and attentive staff. Emma said her team of bar staff prided themselves on their customer service, knowing the regulars by name and what they like to drink.

The Beehive, Harthill is more than just a friendly drinking hole. Since its refurbishment, the pub’s country feel, mixed with a modern and friendly atmosphere has enabled it to become a fantastic venue for Weddings, Christenings, Birthdays and Corporate events. Regular quiz nights and beer festivals are often found on their social calendar as well as televising all the major sporting events.

Toasted by beer lovers for running an alehouse consistently hailed as Rotherham’s best, Emma has carried on the legacy left by her parents. In 2019 she was awarded a special award to commemorate the services of herself, and her family to Rotherham CAMRA, and the community of Harthill. 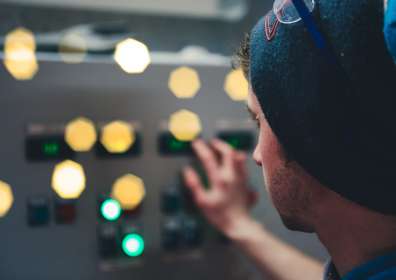