Jack Hawley was an eccentric character of the 19thC who came to reside in Hatfield, Doncaster. After running away from his privileged lifestyle he lived free of rules and expectation. He once said he preferred the life of a groom than a gentleman. Like it’s namesake, Jack Hawley at the Grange, is a micro pub that also relishes in marching to the beat of it’s own drum.

This first floor haven for real ale drinkers has a convivial atmosphere and an eclectic mix of ales, gins, wine and cider. The Landlord, Ian Boyall, converted two empty office units into a welcoming drinkers paradise that opened its doors on 2nd May 2018.

Ian’s warm welcome makes you feel like you’ve arrived at your mates house to share a drink, with the addition of live bands, lively pub quizzes and community events. I caught up with my friend Ian to get his spin on the atmosphere he has created. “I think Jack Hawley is unique because even though we are a relatively small micro-pub we focus on sourcing real ales and crafted gins (as well as quality wines and spirits). Over the years we have built up a loyal customer base who are like family. They get involved with our regular events as well as organising social events themselves. It’s just a really relaxed and welcoming space.”

From the outset Jack Hawley has been one of Welbeck Abbey Brewery’s most loyal customers. Ian explains “We have four rotating guest ales on a week, and they almost always include a Welbeck. You can always rely on the quality of the Welbeck beers and they are popular with the customers because of this. I don’t think there is a Welbeck beer I haven’t had on the bar!

But as we all know it hasn’t all been smooth sailing following the recent global pandemic. The UK economy has slipped into it’s first technical recession since 2009 after suffering it’s biggest slump on record due to the Covid-19 lockdown. When “last orders” were called in March 2020 pubs were forced to close for 105 days. Combining these forced business closures with the threat of a second outbreak and peoples uncertainty over their financial future more and more patrons are choosing to stay home.

Ian explains the effect it has had on his business “The recent pandemic has affected the business without a doubt. I dread to think how much money we have lost. Fortunately I could rely on breweries like Welbeck who continued brewing during lockdown. This enabled me to order beer in and sell them as takeouts –  without this I think we would have gone under.”

“With the new restriction in place we have had to take away half of our tables, so we are now forced to operate at 50% of our seating capacity. We have introduced a one-way system for patrons to enter and leave the bar area safely and ensure a clear space at the bar for guests to order drinks. Cleaning and sanitising is now having to be done systematically as people move on, before someone else can be seated.”

Ian continues “We had so many events planned for 2020 and into next year, but due to current circumstances everything has had to be placed on hold. It is quite disheartening because I feel we were gaining huge momentum. We took advantage of the wonderful summer weather and hosted quite a few outdoor, social distanced events. This was a huge morale boost.”

And so while the current global situation may signal the end of the traditional night out it is more important than ever to support your local pub. Jack Hawley is my new local after moving to the area and I can whole heartedly say it’s a real ale drinkers paradise. Taking inspiration from that eccentric 19thC character who lived free of rules and expectation, Jack Hawley at the Grange in Hatfield is brimming with independence and individuality.

“I would like to thank all of my fiercely loyal customers for sticking with us, and supporting us through lockdown. Without you, it wouldn’t have grown into what it is today –  a fantastic place to own and work.” Ian Boyall 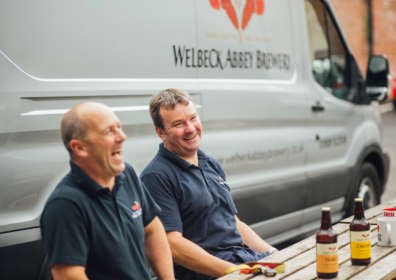 We’re looking for a sales guru!